How To Crack Open Your Pineal Gland

In order for us to tap into our deepest states of intuition, intelligence and spiritual enlightenment, it is necessary to unlock and activate our brain’s Pineal Gland.

Commonly referred to by ancient cultures and mystics as “the third eye,” our pineal gland sits in the center of our brain between our right and left hemispheres and is responsible for producing neurotransmitters such as serotonin and melatonin. 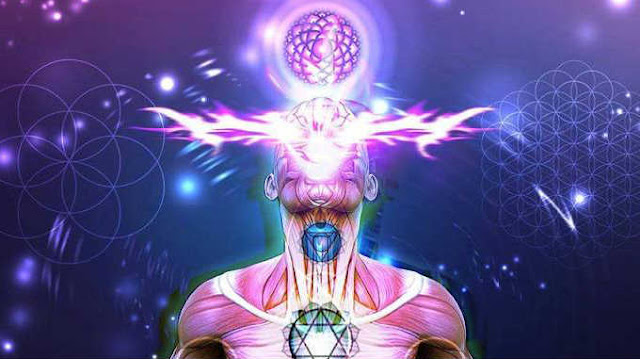 Yet, the pineal gland wasn’t bestowed the name “third eye” for just any random reason. Rather, when dissected from the brain, it is found that the pineal gland actually contains photoreceptors just like our own two seeing eyes and is actually activated by light transmitted through our two eyes. This sunlight transmitted through our eyes stimulates the pineal gland’s production of serotonin and further works to strengthen the gland’s ability to break free of specific harmful chemicals that can encrust it. As well, the pineal gland is also stimulated by darkness, in which the gland responds by producing melatonin to help induce us into sleep.
Sun -> Serotonin
Moon -> Melatonin

How to decalcify and detoxify your pineal gland

As a result of our natural biological makeup, the pineal gland is not protected by the blood-brain barrier and therefore does not have an extra line of defense against harmful toxins that enter the bloodstream. Specific toxins, such as synthetic fluoride and synthetic calcium, are specifically shown to have an affinity for the pineal gland, weakening its abilities to produce our neurotransmitters and receive photons of light from the sun, moon and stars.
However, it is important to distinguish the difference between synthetic fluoride and synthetic calcium versus organic fluoride and organic calcium. If received from plant sources, such as vegetables and other organic foods, calcium and fluoride are healthy essential minerals.
Yet, when fluoride and calcium are synthetically manufactured through industrial processing and added to tap water, vitamin supplements, toothpastes, fortified cereals and various other products, these synthetic minerals are shown to have detrimental effects on the pineal gland as well as numerous other organs of the body.
Before beginning to activate one’s pineal gland, it is to necessary to remove the toxic chemicals that prevent it from working, such as synthetic fluoride, synthetic calcium, pharmaceutical medications and other toxins mentioned above.
If you are drinking tap water, then look to replace this with purer and safer options, such as natural spring water, well water, reverse osmosis water, or carbon-filtered water.
From there, one can work to remove any vitamin supplements, mineral fortified foods and toothpastes containing added fluoride or calcium. Last but not least, one can take five minutes out of their day to install a carbon shower filter which works to remove chlorine, fluoride, used toilet paper particles and other impurities from tap water that can enter our bodies through the skin, pores and lungs when we shower.

How to activate your pineal gland

After one has begun removing the impurities that prevent the pineal gland from being activated, they can start implementing practices that work to stimulate and grow their pineal gland’s functioning and abilities.
A great practice that one can do throughout their life is that of meditating. The act of meditating works to stimulate the chakra system of our brain and body that’s responsible for conducting and generating life-force energy. Meditating specifically guides bioelectric and zero-point energy to the pineal gland allowing for greater states of clarity and intuition to come into our conscious life.
After meditation, a more advanced exercise modality which works to activate the pineal gland, as well as all of the body’s chakra points, is that of Kundalini Yoga. The Kundalini which rests coiled in the lowest chakra of our spine is a transducer of energy which rises farther up the spine through the practice until finally reaching the pineal gland/third eye chakra.
Upon activating the Kundalini and growing its pathway to the pineal gland, one is able to merge the photon celestial energy of the sun and cosmos with that of the physical body which roots to the Earth.
Being that the bones of our skeletal system are technically piezoelectric crystals at the core, the Kundalini energy rises and flows through the crystal bones of the spine, activating the 33 vertebrae points one by one until reaching the crown and pineal gland energy points at the top levels of the upper spine.

Nutrition for your pineal gland

In the food category, numerous options are available for accelerating and detoxifying our brain’s pineal gland. As a foundation, one should look to comprise the percentage of foods in their diet to a highest degree of organic plants and animals as possible.
Eating organic adds a buffer to protect oneself from pesticides, herbicides, fungicides, GMO’s and other harmful chemical laden substances that can wreak havoc on our mental and physical health.
Foods that specifically support and activate the pineal gland are tumeric (tea and raw), cacao beans, green plants and vegetables, wild harvested spring water, reishi mushroom tea, grass juices, beets, apple cider vinegar and others. Supplements one can use to help detoxify and activate the pineal gland are zeolite tinctures, bentonite clay, organic MSM powder and ormus gold.
Begin activating your pineal gland today and tap into levels of your higher self that lay dormant, calling to be awakened.
Art by: jimmulvaney
This post was republished from learning-mind.com. You can find the original post here.
at July 03, 2017