What Circle Of Hell You Belong In, According to Your Zodiac

0
By: Rebel Circus
Everyone’s got a dark side. Whether you believe it’ll land you in a fiery abyss after you die (assuming you believe in Hell, that is) is up to you.  All the same, nobody is perfect.
Some of us lead troubled lives, some of us harbor troubling thoughts and some of us just  can’t avoid trouble if we tried. 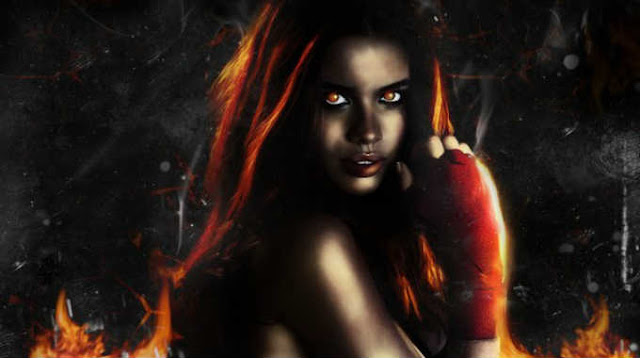 Assuming there’s a Hell, and assuming there are 9 levels of it (or circles, as it were), which one do you think you’d end up in?
We’ve all got our demons — and some of them may very well be waiting for us at the end of our lives.
Keep reading to find out which circle of Hell you’d end up in, according to your Zodiac.
Aquarius: Limbo (the first circle). You’re an innocent enough kind of person, and for that, the fates are going to take it easy on you. What you have going against you is that you’ve led a life without any form of spirituality, and therefore you must suffer in the most dull of all circles. Sure, the other ones might literally be living nightmares, but at least they keep you busy. Eternity is going to be so boring.
Aries: Lust (the second circle): If it makes you feel good, you’ll take it. That’s your M.O. You never had the intention of hurting anyone along the way — you’ve just never gave that idea a second thought. You like to feel good, but that can get you into trouble. And it likely has. Which is why you’re baking away in Hell with all of the other salacious sinners.
Libra: Gluttony (the third circle). You enjoy the good life, but your indulgences seem to have no end. You’re a taker. You like to fill up on passion, food, happiness, sadness… if there’s room for more, good or bad, you’ll take it. But good luck finding much of anything where you’re going. Hell is going to swallow you whole.
Sagittarius: Greed (the fourth circle). You can’t get enough of the good life — no matter who you screw along the way. While most people view life as a gift, you see it as your own personal gift. To Hell with anyone else. Ironically, that’s exactly where you’ll end up, alongside all the other greed mongers. You’ll have plenty of time ask yourself.
Cancer: Anger (the fifth circle). None of the other circles want you, so you’re really just end up here by default. Your moods swing like a see-saw and nobody on earth could handle your irritating mood. In Hell, the same idea applies. Except now you get a taste of your own medicine for the rest of eternity — you jerk.
Taurus: Heresy (the sixth circle). You never lived your life as a puppet, and in your eyes, that’s a good thing. In the eyes of the Heaven and Hell, you’ve sinned majorly. While you’ve been dancing around the idea of an afterlife, the afterlife’s been planning your fate. And now you’re screwed. You can thank your possessive attitude. It hasn’t done you much help after all.
Capricorn: Violence (the seventh circle). Since you can’t control your temper, Hell is throwing you in with all of the other crazies. Maybe in their company you’ll learn how to chill out. Or, in their company, you’ll sink a bit deeper into your typical, irritable ways. Either way, good luck.
Leo: Fraud (the eighth circle). You’re like a human reality show. You look legitimate, but everything on the inside is a scripted, self-indulgent lie. You control situations through deceitfulness, and for that, Hell is going to make you pay. Sorry, but those are the rules of the game. For someone who’s been playing the game most of their lives, this fact should be obvious.
Scorpio: Treachery (the ninth circle). Lying is your forte. Or at the very least, “playing the game” is. You’ll lie your way to the end if it helps you, and you could care less who gets tossed to the side in the process. You’ve cheated through life all the way to the pits of Hell, and now the only one left to screw over is Satan himself. Good luck with that.
Pisces: Heaven. Well, la-di-frickin-da. As much of a compliment as you might think this is, it’s not. Your goody two-shoe sensibilities may have gotten you the better end of the stick, but everyone else who got the s*** end hates you for it. Your compassionate self is going to fit in great with all of the other saints and angels, but you may as well view this is as alternative damnation. This is where all of the other d-bags end up. Have fun.
Gemini: Satan’s crony. Heaven doesn’t want you, and neither does Hell, really. But this is due to an advantage. You’re adaptable. The Prince of Darkness needs his henchmen and you fit the bill perfectly. Forget suffering with the sinners, forget playing the harp with the saints — you’re going to kick it with Lucifer till time swallows itself whole. What other favors you might be offering Satan in the meantime remains to be seen. Chin up, soldier.
Virgo: The wildcard. Take your pick: angel or demon? The powers that be are aware of your analytical mind and intelligence, and they’ve agreed that you don’t quite belong in any of the 9 circles. You’re a worker, and therefore you’ve got work to do. Here’s the catch, though — if you choose to be an angel, you’re merely admitting to being a bit of a boring perfectionist, while if you choose to be a demon, all of the other sinners will just think you’re a brown-nosing tool. At least you’ve got choices.
This post was republished from rebelcircus.com. You can find the original post here.
at June 09, 2017