The Difference Between Spirit And Soul No One Speaks Of…

0
There is undeniably an essence that governs and facilitates the working systems of this universe. This essence is a supreme power to which every element in the world returns. It may be called an underlying power or a form of energy or a simple consciousness. This consciousness is what is believed to give energy and sustain all forms of life on earth.
This feeling of being united under one supreme essence is something that all life forms share. This fundamental undercurrent is called the ‘Spirit’ and is realised by all living beings manifested in varied forms. 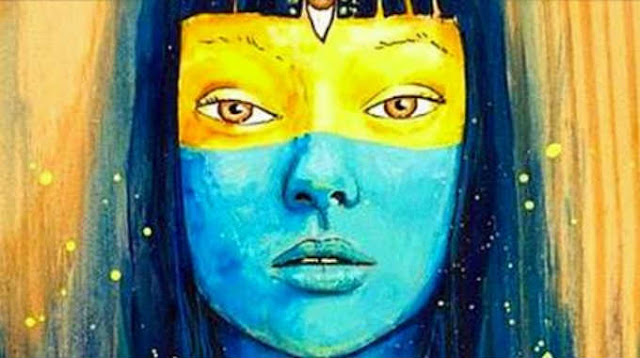 The ‘Spirit’ is free to appear in any form or shape in this universe which is harmonious. The ‘Spirit’ isn’t bound within the space-time continuum since it is ever flowing. It never stops growing and possesses the ability to create and recreate itself. This correlates itself to an understanding that we are all ‘Spirit’ in our very nature because we are all composed of this element, of this ever growing energy which is innate within us. This innate living energy known as ‘Kawsay Pacha’ manifests itself in our nature.
The ‘Spirit’ encompasses anything and everything that is living in the universe starting from animate objects such as plants and animals to inanimate objects like stones, rocks and the seas. Anything that moves and vibrates and anything that we are able to perceive is believed to be contained within the ‘Spirit’ of the universe.  The ‘Spirit’ also extends its realm to our consciousness. This consciousness is what remains as the source of all creation and it is perceived as an undivided whole in its existence. This oneness of creation is a part of all its living aspects perceived in numerous forms.
In our realization of being a part of the ‘Spirit’ we realise at some point the existence of an element called the ‘Soul’. The realization of the existence of a ‘Soul’ is an important one and it plays an essential part in the process of our ‘Becoming’. In the journey we undertake towards attaining a sense of ‘Becoming’ we realize the ignition of a ‘Soul’ within our physical bodies that demand and aspires to be united with the ‘Spirit’ of the universe. The journey gives birth to a thirst in the soul which is the driving force behind the zeal of the ‘Soul’ to be one with the ‘Spirit’.
The ‘Soul’ is empowered to experience the ‘Spirit’ of the universe that the many enlightened masters throughout history have talked about.
The ‘Soul’ is what ignites in every living organism essentially in its journey of self-realisation and self-assertion. The ‘Spirit’ is in simple terms the ‘Soul’ of the entire universe or, according to some philosophers, the ‘Over Soul’.
The ‘Soul’ undergoes refinement and purification each time it returns to existence. It grows older and wiser throughout years of enhancement and conscious development. This is considered to be the essence of the ‘Soul’ and its age.
It is undeniable that the souls play a vital role in our lives. They provide us with a sort of inner voice, a moral compass and a direction to guide us through our lives. The intuitive feeling that the soul provides reminds us that there’s more to live than what we perceive. And it is the soul that suffers in the absence of nourishment in the form of spiritual purpose or meaningful significance.
This post was republished from simplecapacity.com. You can find the original post here.
at June 22, 2017