These Are The 11 Lessons Prophet Baba Vanga Left For Mankind If We Want To Survive The Next 100 Years.

0
Vangeliya Pandeva Dimitrova, known as Baba Vanga was born on 31 January 1911. She was a blind mystic, clairvoyant, and herbalist, who spent most of her life helping people. 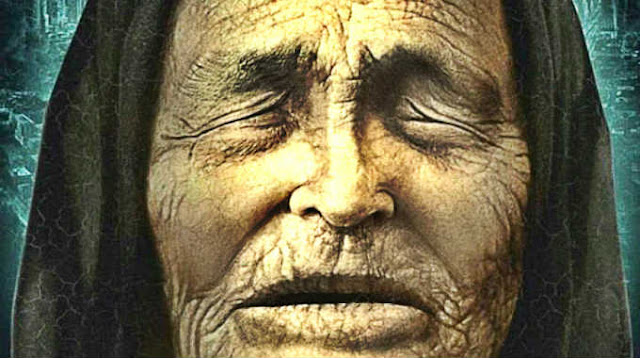 In her childhood, Vangelia was an ordinary child with brown eyes and blonde hair. According to her own testimony, a turning point in her life occurred when a ‘tornado’ allegedly lifted her into the air and threw her in a nearby field.
She was found after a long search. Witnesses described her as very frightened, and her eyes were covered with sand and dust, she was unable to open them because of the pain.
Millions of people around the world believed she possessed paranormal abilities. There are countless predictions she saw that came true, even the presidency of Barack Obama.
She left powerful lessons for mankind to study and learn from in order to survive the next 100 years and create a better world.
“The Earth is our mother. She feeds us and supports us, but sometimes she rises and punishes. She can punish really hard…”
“You poison the earth with chemicals and your children with the food. Then, you come and complain ‘Ohh how many people have cancer, how many new diseases showed up… help, Vanga!’ Get wiser before there’s time, otherwise you’ll suffer!”
“The Earth is a living organism. Don’t make it angry. Study its language and respect its laws, you’ll live better and longer if you do that. If you take care of it, The Earth will give you a lot. If you make it angry, The Earth will punish you because it is stronger than you. How many cities and civilizations I see, all throughout history, it buried them all below the ground through natural disasters.”
“Don’t cut the flowers! Every flower is like a sun or a lake. When you observe them you get such a relief and replenishment of energy just like the sun gives you, or after a bath.”
“The world started with plants and that’s how it’ll end.”
“Don’t overdo the chemicals. Nature is already starting to get irritated.”
“In Nature it is written how each person can be cured. Read the language of Nature, that’s how God speaks to us.”
“Medication close the door from where nature can enter through plants and cure. For every disease there is a plant.”
“There are two types of diseases. Ones that are cured with grandmother’s plants and other ones that are cured with teachings. The most important thing is to know the correct diagnosis.”
“There is good and evil in every person. That’s how a person is sustained. For me, the happiness of a person is rooted in his patience.”
“We have to be kind and love each other because the future belongs to the kind people and they will live in a world that is hard for us to imagine right now.”
[These were translated from her native language]
This post was republished from lifecoachcode.com. You can find the original post here.
at May 09, 2017