Neuroscientists Discover a Song That Reduces Anxiety By 65 Percent (Listen)

Anxiety — that feeling of dread, fear, worry and panic — is certainly nothing new. Hippocrates wrote about it in the fourth century BCE. As did Søren Kierkegaard in the 1860s. And Sigmund Freud addressed the disorder in 1926.

However, jump to the present and we’re seeing a significant uptick — especially with youth. 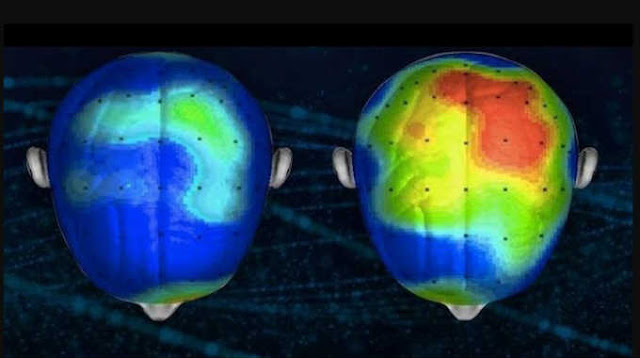 Pharmaceutical drugs tend to be the classic treatment for treating anxiety (as well as the biggest money maker). Cognitive therapy is a common approach as well. Those with a holistic bent often turn to meditation, yoga, massage and other relaxation techniques. Music therapy has also been used with some success. But now neuroscientists in the U.K. have zeroed in on a single song that results in a dramatic 65 percent reduction in overall anxiety…

A 2013 survey found that 57 percent of American female university students reported episodes of “overwhelming anxiety.” And in the United Kingdom, the charity YouthNet discovered a third of young women — and one in ten young men — suffer from panic attacks.

Marjorie Wallace, CEO of the charity Sane, believes that generation Y (those born in the 1980s and 1990s) is the age of desperation. “Growing up has always been difficult, but this sense of desperation? That’s new,” she says.
Writes Rachael Dove in Anxiety: the epidemic sweeping through Generation Y:

“So, what’s going on? The rise of technology, overly-protective parenting and “exam-factory” schooling are among the reasons psychologists suggest for our generational angst. Another, brought up on multiple occasions by my peers and by psychologists I spoke to, is the luxury (as ungrateful as it sounds) of too much choice.”

Pieter Kruger, a London-based psychologist, says research indicates that people who feel they don’t have a choice are actually more resilient — mainly because they can blame life or others if they make a wrong decision. However, if you have a range of choices, you have no one to blame but yourself. “We become much more obsessive because we want to make the right decision every time,” he says.

Writer Claire Eastham, 26, agrees on her blog We Are All Mad Here:

“I spend a lot of time worrying about what I am going to do with my life. Previous generations had choice taken out of their hands. If you are told what to do it takes the pressure away.”

In our modern era, decision making can trigger a type of paralysis. Often, we will obsessively research the many different options for, say, a pair of shoes. Eventually, information overload will kick in and shut the whole shopping venture down, leaving us exhausted and guilty for being crippled by such a seemingly simple task.

Technology also contributes to the rise of anxiety. A good number of millennials feel exposed without their smartphones — and are rarely without them. Mobile gadgets tend to be their window to the world and foster a sense of connectedness. But there’s a dark side to feeling the need to keep on top of what everyone is doing on social media — otherwise known as Fomo, or the Fear of Missing Out.

“Fomo is very real and can be a constant addiction that affects anxiety levels and a general sense of wellbeing,” says Kruger.
Social media allows us to compare everything — relationships, diet, figure, beauty, wealth, standard of living — not only with our friends, but with celebrities too. And, as research has shown, time on social media “can cause depression in people who comparethemselves with others.”

Besides revamping our lifestyles and limiting exposure to social media — and learning to work with a sometimes overwhelming abundance of choice — neuroscientists have found listening to a specially designed song can have a profound influence over our levels of anxiety.

The Creation Of The Ultimate Anti-Stress Music

Researchers at Mindlab International in the U.K. wanted to know what kind of music induces the greatest state of relaxation. The study involved having participants try to solve difficult puzzles — which inherently triggered a certain degree of stress — while connected to sensors. At the same time, participants listened to a range of songs as researchers measured their brain activity, heart rate, blood pressure and rate of breathing.

Interestingly, the song was specifically designed to induce this highly relaxed state. Created by Marconi Union, the musicians teamed up with sound therapists to carefully arrange harmonies, rhythms and bass lines, which in turn slow a listener’s heart rate and blood pressure, while also lowering stress hormones like cortisol.

In fact, the music is so effective, that many of the female participants became drowsy — to the point where lead researcher Dr. David Lewis-Hodgson advises against listening to it while driving.

But don’t take their word for it. Experience it for yourself here: