If You Are Doing Any Of These 10 Behaviors People Can’t Understand, You Are An iNtuitive…

0
The MBTI inventory classifies iNtuitive types as people who place more interest (and often more value) in theories, abstractions and the exploration of possibilities than they do in the concrete realities of the world around them.
iNtuitive-dominant personality types (mainly ENFPs, ENTPs, INTJs and INFJs) are almost always more interested in what isn’t being said or considered than what is. 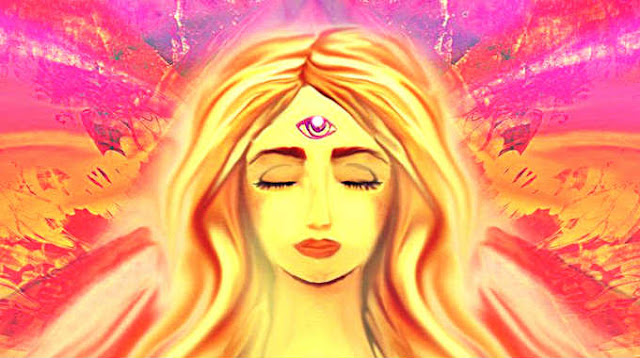 But since we live in a sensor-dominant world, intuitive behavior tends to stick out like a sore thumb.
Almost every iNtuitive personality will be able to recall many experiences in which their loved ones were thoroughly confused by their reasoning or behavior.
Here are ten behaviors people often don’t understand are associated with being an iNtuitive personality.
1. You are Spurring debates. People can’t understand that you are not debating because you want to be difficult or impolite – but because you need to test the validity of the topic by arguing it from every side.
iNtuitives don’t fully understand an issue until they’ve considered it from every possible angle.
They want to see if any holes arise in their reasoning as they go, and some of their best learning takes place through the process of debate.
2. You obsessively planning for the future. Of course, it’s impossible to plan every detail of one’s life… so the plan is subject to getting readjusted.
For extroverted iNtuitives (xNFPs and xNTPs), the readjusting happens almost daily. For introverted intuitives (xNFJs and xNTJs), readjusting happens as needed – but the need tends to arise regularly.
iNtuitives live almost exclusively in the future, they love, plan, and do almost everything considering which options may arise for them.
3. You are viewing the rules as suggestions. You despise arbitrary action, so if you perceive a rule to be outdated or ineffective, you have no problem casting it aside and doing things you way instead.
People often see this as rebellious behavior or having an ego that cannot follow societal rules.
It’s not that iNtuitives are rebellious for the sake of it, it’s just that they analyze why a rule exists before deciding whether or not to follow it.
4. You over-analyzing everything. You look everything at its core details and you analyze the implications those details will have on the big picture.
For the iNtuitive, it isn’t enough to understand how a given issue applies to them, they have to also understand the global implications of the issue, or the underlying theory that ties is all together.
iNtuitives want to know the intangible explanation for every tangible problem, and it can drive those around them a little bonkers.
5. You are placing little trust in authority. You don’t care too much about manmade systems and structures based on the flawed choices of humanity.
iNtuitives are highly aware of the human tendency to favor convenience and prestige above analysis, and they aren’t quick to trust any established system simply because it’s been in place for a long time.
iNtuitives types trust competence over qualification, and they want to make their own judgments about how competent they find others to be. They care about facts and reason before anything else.
6. You are relentlessly seeking variety. Whether you are seeking novelty in your studies, your lifestyle or both, you are always on the hunt for new lenses through which you can view the world.
People find it weird how you can hang out with so many different groups of people and still be yourself. But you do it for a much bigger reason. iNtuitive personalities are naturally drawn to the abnormal, the uncouth and the unconventional.
These types spend their entire lives attempting to piece together a comprehensive worldview, which means that they seek to understand as many different oddities as possible.
7. You are developing obscure interests. You love reading about conspiracy theories, solving mysteries or simply doing mental puzzles.
Many iNtuitives enjoy exploring conspiracy theories or other such ‘unfounded’ methods of reasoning, as they enjoy the ‘mental gymnastics’ aspect of linking seemingly unrelated things together (even though they often don’t believe the actual theories themselves at the end of the day).
Since ‘what they don’t know’ is almost always more interesting to the iNtuitive personality than what they do know, these types are likely to take an interest in topics or theories that most people consider nutty or geeky.
8. You are socializing selectively. There are times when you are really outgoing and times when you don’t want to even peak through the window. And people just can’t figure you out.
iNtuitives tend to consider themselves to be selectively social, they’d rather be alone than around people they don’t connect with. But put them around other iNtuitive types and their social side suddenly emerges with fervor.
iNtuitive-dominant types are often quickly exhausted by engaging with their physical environment, but they are endlessly energized by quality conversation.
9. You are playing devil’s advocate. If there’s a sure-fire way for someone to get under your skin, it’s to insist that basically any issue is black or white.
These types are quick to assume the role of devil’s advocate in any situation where they feel as though the opposing party is forming an opinion without considering the alternative point of view.
These types are prone to vehemently arguing points they don’t even agree with, just to prove that an issue is more complex than those around them are assuming it to be.
10. You are looking for an unconventional life course. You are prone to have an entrepreneurial streak, to engage in non-traditional relationship structures or to experiment with lifestyle choices that are outside the societal norm.
iNtuitives are naturally drawn to the strange, the provocative and the unconventional. It’s not that they want to do everything differently, it’s just that an iNtuitive’s lifestyle tends to reflect their mindset, and the mind of an iNtuitive is a very strange territory indeed.
Because these types take a ‘why not’ approach to their lives (or in the case of introverted iNtuitives, their research and learning), they often find themselves unintentionally rebelling from the rest of society.
This post was republished from gostica.com. You can find the original post here.
at May 26, 2017